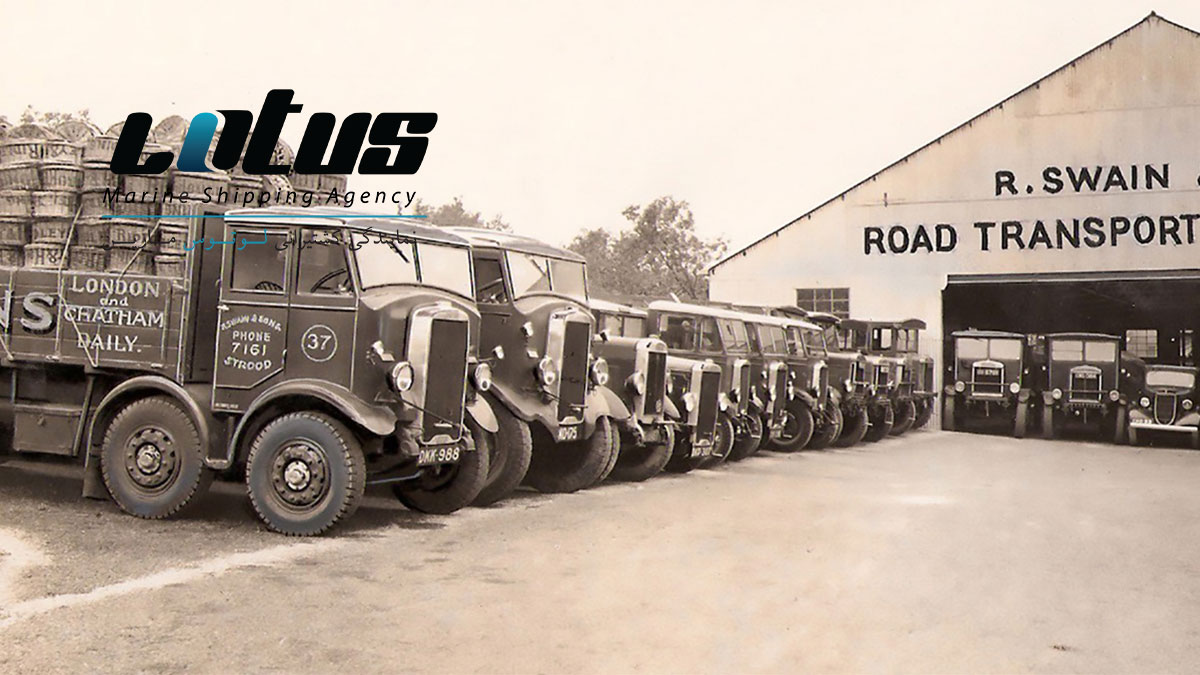 The history of road transport begins with the introduction of the wheel and its subsequent application to goods movement. Copper miners in Central Europe around 4000-5000BC  may have been the first to apply it, in transporting ore from the interior of the mine to a more convenient location for working. This figurine is one of the rare pieces of evidence that wheels could have been used. They could have pushed small non-steerable tubs mounted on wheels.  However, diffusion of the wheel was slow and sporadic and land transport mainly relied on human effort or pack animals for long periods. Some time later the invention of independently turning wheels on a fixed axle made possible steerable front axles and  stimulated the use of military chariots.

It was the size and economic complexity of the expanding Roman Empire together with the need to rapidly move troops that generated a demand for a system of transport to move large volumes of goods and people over long distances over 2000 years ago. Durable extensive road networks were constructed and a variety of animal-drawn vehicles evolved, with heavy four-wheel wagons for goods and for people with time to spare and lighter two-wheeled ones capable of meeting the demand for rapid movement throughout the system. Concurrently, transport services evolved, of varying quality, to meet traveller’s needs. Ominously, richer travellers were advised by contemporary guidebooks to bring their own food and accommodation to avoid the poor wine and poorer food, not to mention the often flea-ridden inns. However, big multi-service areas also developed on major roads whose attractions, food, lodging, entertainment and repairs, were probably difficult to say no to.

Roman roads fell into disuse and wheeled vehicles more or less disappeared throughout Europe until they began to make a slow comeback nearly a thousand years later during the Middle Ages. Movement of goods and people was then largely on foot or by pack animal and tracks were sufficient. Bridges, usually the responsibility of the religious orders, were the main priority as water crossings were often hazardous.

Trade between cities was on the increase and movement by coastal shipping was too slow and unreliable. Something had to be done about roads and it was not long before the first comprehensive if ineffectual  maintenance legislation was drafted. Large waggons such as is shown this of maybe two to four tons capacity and drawn by as many as six horses or oxen began to appear  towards the end of the sixteenth century.motor ins Public coaches began to appear also. They were slow, covering not much more than twenty km in a day, and amazingly uncomfortable, being totally without springs or even spoked wheels. In any case people generally travelled little if at all and rarely for pleasure due to the terrible roads, particularly bad in winter.

Road Freight 101: The Importance and Future of Road Transport