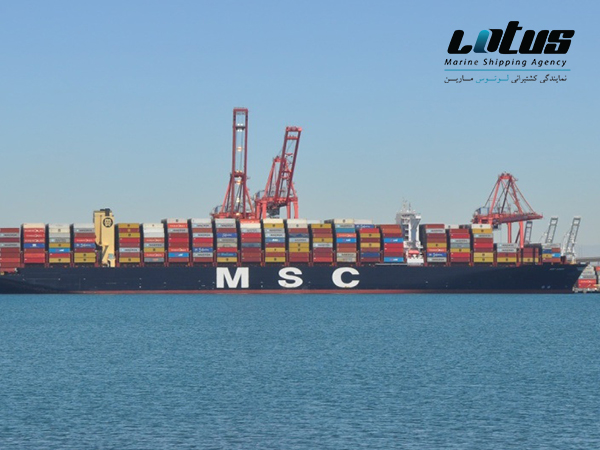 Analysts have been forecasting since the spring that MSC was on track to become the world’s largest container carrier surpassing MSC. It apparently happened this week as MSC continued to take delivery of recently acquired secondhand tonnage as well as the completion of newbuilds that will be operated by the carrier. MSC either moved ahead or tied with Maersk based on rated total capacity.

Privately held, MSC is notoriously quiet about its individual activities not reporting transactions and orders, leaving it to industry insiders, brokers, and analysts to link the company to industry developments. Speculation tied MSC to orders for ultra-large container ships orders earlier this year in China, and recently the company is believed to have been behind multiple purchases of older ships.

At the end of last week, China’s Yangzijiang Shipbuilding Group held delivery ceremonies for two 12,200 TEU container ships, the MSC Alanya and MSC Rayshmi, which were being built as part of a new class of ships. The first of the class was delivered in September 2021, the MSC Carole, and two additional ships are still under construction in China.

The new ships along with a possible handover of second-hand tonnage are believed to have pushed MSC ahead. Eight months ago, MSC was reported to be trailing Maersk by 225,000 TEU.

Respected industry analysts Alphaliner in its Top 100 still lists Maersk as first. However, they put the lead by just 10,929 TEU in total capacity with both carriers ranked at 16.9 percent market share. Maersk is reported to have a total fleet of 731 ships of which 323 with a capacity of 2.5 million TEU are owned and 408 with a capacity of 1.8 million TEU are operating on charter. Maersk only has 225,100 TEU on order.

Alphaliner sets MSC’s current fleet at a total of 633 ships. The line employs a larger charter fleet, with 382 ships which make up approximately two-thirds of its total capacity or a rated capacity of nearly 2.8 million TEU. MSC owns 251 ships with a total rated capacity of just under 1.5 million TEU. MSC, however, has a large orderbook which is believed to be for nearly an additional one million in TEU capacity.

Maersk had previously commented that it was comfortable with its overall business strategy and not focused on just carrying capacity. Last month, the company reported a record profit with analysts highlighting that Maersk remains on track for the largest profit ever reported by a Danish company.

Evergreen splashes out on 24,000TEU ships and more containers